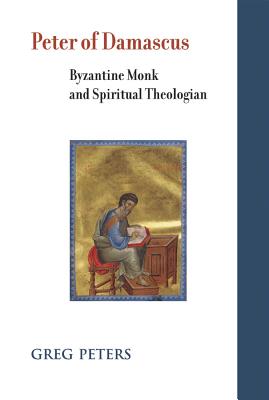 There are countless under-studied or ignored authors from the Byzantine Empire awaiting scholarly attention. In the area of Byzantine spirituality the twelfth century as a whole has received little consideration, primarily owing to the perceived lack of any significant or noteworthy author. While the tenth-century mystic Symeon the New Theologian and the fourteenth-century hesychast Gregory Palamas have been the focus of much academic industry, little serious attention is paid to figures from the intervening centuries. Recognizing that literature on monasticism and empire in the twelfth century is extensive, this book hopes to fill the void that appears to have marked the study of spirituality of the same period by taking as its subject the twelfth -century monk and spiritual theologian Peter of Damascus. Peter of Damascus: Byzantine Monk and Spiritual Theologian seeks to renew interest in a figure who was an important contributor to the larger field of Byzantine monasticism and spirituality. Using unedited manuscripts, prosopographical evidence, and published sources, this study attempts not only to recover the shape of Peter's life and work but also to elucidate his spirituality through a detailed examination of both The Admonition to His Own Soul and The Spiritual Alphabet, demonstrating the ways in which that spirituality remained accessible both to monastics and non-monastics.