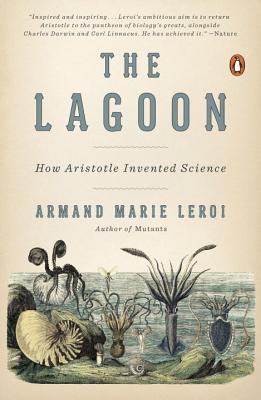 The Lagoon: How Aristotle Invented Science

Both a travelogue and a study of the origins of science, The Lagoon shows how an ancient thinker still has much to teach us today. Aristotle's philosophy looms large over the history of Western thought, but the subject he most loved was biology. He wrote vast treatises on animals, dissecting them, classifying them, recording how they lived, fed, and bred. He founded a science. It can even be said that he founded science itself.

In this luminous book, acclaimed biologist Armand Marie Leroi recovers Aristotle's science. He explores Aristotle's observations, his deep ideas, his inspired guesses--and the things he got wildly wrong. Leroi visits the Aegean island where Aristotle plumbed the secrets of the living world in all its beauty. Modern science still bears the stamp of its founder. The Lagoon reveals that Aristotle was not only the first biologist, but also one of the greatest.

The Lagoon: How Aristotle Invented Science