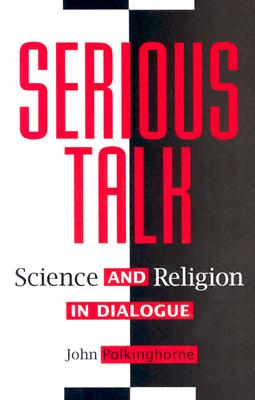 Although now an Anglican priest and head of one of the prestigious colleges in Cambridge University, John Polkinghorne has spent most of his adult life working as a theoretical physicist. He is therefore uniquely qualified and frequently called upon to set forth the relationship between science and theology in a way that takes the two disciplines seriously. Polkinghorne argues that the habits of thought that are natural to the scientist are the same habits of thought that can be followed also in the search for a wider and deeper kind of truth about the world. He calls this bottom-up thinking, that is starting not with general principles but with the particularity of experience, and then asking what is sufficient to explain the phenomena and give an understanding of what is going on. Portions of this book were delivered as the Pascal Lectures at the University of Waterloo (1992) and as the William Belden Noble Lectures at Harvard University (1993). The first half of the book seeks to establish an acceptable meeting point for science and religion. The second half looks at some specific theological issues approached creation, the role of chance, God s engagement with time, the anticipation of a destiny awaiting humanity beyond death, and the end of the universe. John Polkinghorne is President of Queens College in Cambridge University. He is the author of many books, including Reason and Reality, published by Trinity Press International.