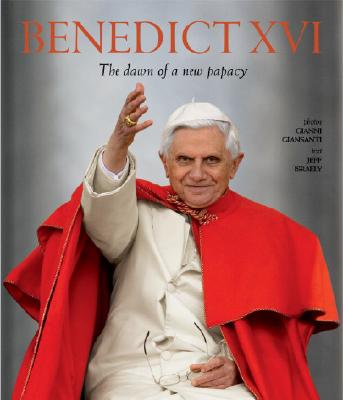 Internationally acclaimed for his award-winning photographs of Pope John Paul II, photojournalist Gianni Giansanti documents the transformation of Cardinal Joseph Ratzinger into the Supreme Pontiff of the Catholic Church. Granted unprecedented access to the Vatican, Giansanti has captured major public highlights and meaningful private moments to provide fresh insight into the events and personal experiences of Benedict XVI's first year as pope. The book is organized into chapters that chronicle Benedict's path to the papacy and his transition to global leader, from his selection by the conclave to succeed John Paul II to his first public appearances to the challenges confronting him as the first post-September 11 pontiff. Readers are provided with a rare glimpse into both the public and private worlds of Pope Benedict XVI, from his attendance at Pope John Paul's funeral to his coronation ceremony, from a walk in the Italian Alps to a moment of quiet reflection in his chambers. In addition, the photographs introduce us to the cardinals, bishops, and prelates in the service of Benedict XVI. Through these pictures, readers begin to gain an understanding of a man who, despite his prominent public position, has been far less familiar to us than his predecessor-until now. An incisive text accompanies the superb photographs.