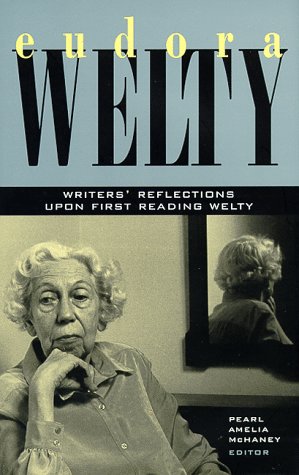 Simply put, Eudora Welty is the greatest living writer of southern fiction. On the occasion of her ninetieth birthday, many of today's most important writers have come together to offer original essays: deeply-personal tributes to her influence on them upon first reading her work. Born in Jackson, Mississippi on April 13, 1909, the first child of Christian and Chestina Andrews Welty, Eudora Welty spent a good part of her childhood with books and fondly recollects her trips to the library and being read to by her parents. After college in Wisconsin and New York City, she faced the limited job market of the Great Depression and the news of her father's leukemia. She returned to Jackson. The early death of her father was a great personal loss to her, but she soon put his typewriter to use and began writing short stories, and also began working for area newspapers. As a "junior publicity agent" for the Works Progress Administration she traveled across Mississippi documenting and photographing the people of her home state. Her first published short story, "Death of a Traveling Salesman", was published in 1936, and so began the luminous career of one of the most important writers of the century. While she is recognized as a master of the short story form, she was awarded the Pulitzer Prize in fiction for her novel, The Optimist's Daughter. Other honors include numerous O. Henry Prize Awards, the Gold Medal for Fiction given by the National Institute of Arts and Letters, and the Legion d'Honneur, among the most prestigious awards in the world. She is the author of thirty-two books.