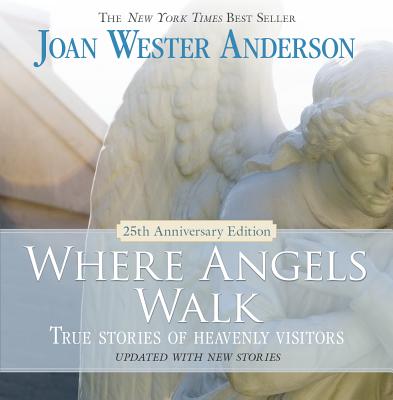 We don't hear much about angels nowadays. When we do, they have often been secularized or commercialized. Instead of ministering angels who reveal God's love and mercy, we hear about "angel investors" or we gobble up foil-wrapped chocolate angels at Christmas. But Joan Wester Anderson trusts that angels still walk among us.

On mountain slopes, on desolate rural highways, in airplane cockpits--these are just a few of the many places where ordinary people have felt the very real presence and power of God's angels at work in their lives. In this twenty-fifth anniversary edition of her New York Times best-selling book Where Angels Walk, Joan Wester Anderson (the "Angel Lady") offers dozens of reasons--stories, actually--for us to reconsider our rather limited view of angels. In addition to the original collection of angelic encounters, several new stories have been included.

Anderson, who holds traditional Christian beliefs about angels, was careful to select only those stories that had a ring of truth to them. But are they true? Do heavenly visitors really walk among us? Open this book--along with your heart--before you decide.