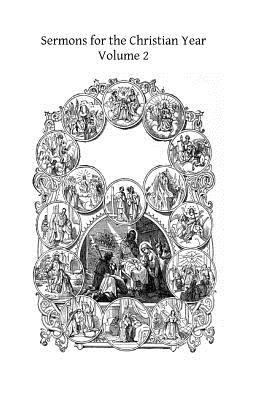 Sermons for the Christian Year (Volume 2)

This is a 3 volume set Volume 1 covers Advent to Quinquagesima just before Lent Volume 2 covers First Sunday in Lent to Whit Sunday Volume 3 covers Trinity Sunday to the 24th (Last) Sunday after Pentecost It was during his last years that Dom Wilfrid found some solace for his pains in arranging these sermons and preparing them for publication. He had two for every Sunday in the year, and a series on the Saints and Festivals. Owing to various circumstances their publication has been long delayed, but at last they are to see the light. The present writer thinks and believes that they will be found useful, devout and practical. They are full of Holy Scripture, and abound in suggestive thought. Unfortunately a few are missing, including the first two for Advent Sunday. These gaps have been filled by the present writer, in order to make the series complete, though he is fully aware of the poor figure his own compositions make when placed beside those of Dom Wilfrid. But as he has acted in this matter under obedience to his Superiors, he hopes that the reader will pardon his presumption. If these three volumes of Sermons for the Sundays find favor with the public, it is hoped to complete the series by publishing those for the Saints' days and festivals. In conclusion we would beg the prayers of those who read these Sermons for the repose of the Soul of the good Monk who wrote them, and for the blessing of God upon the Community which still mourns his loss.

Sermons for the Christian Year (Volume 2)