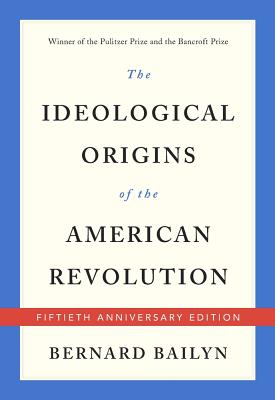 The Ideological Origins of the American Revolution: Fiftieth Anniversary Edition

The Ideological Origins of the American Revolution, awarded both the Pulitzer and the Bancroft prizes, has become a classic of American historical literature. Hailed at its first appearance as "the most brilliant study of the meaning of the Revolution to appear in a generation," it was enlarged in a second edition to include the nationwide debate on the ratification of the Constitution, hence exploring not only the Founders' initial hopes and aspirations but also their struggle to implement their ideas in constructing the national government.

Now, in a new preface, Bernard Bailyn reconsiders salient features of the book and isolates the Founders' profound concern with power. In pamphlets, letters, newspapers, and sermons they returned again and again to the problem of the uses and misuses of power--the great benefits of power when gained and used by popular consent and the political and social devastation when acquired by those who seize it by force or other means and use it for their personal benefit.

This fiftieth anniversary edition will be welcomed by readers familiar with Bailyn's book, and it will introduce a new generation to a work that remains required reading for anyone seeking to understand the nation's historical roots.

The Ideological Origins of the American Revolution: Fiftieth Anniversary Edition