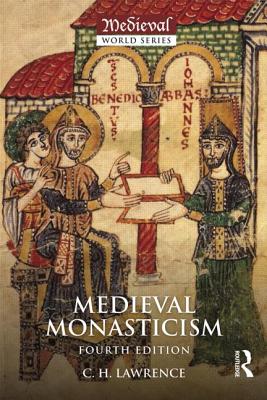 Medieval Monasticism: Forms of Religious Life in Western Europe in the Middle Ages (The Medieval World)

Medieval Monasticism traces the Western Monastic tradition from its fourth century origins in the deserts of Egypt and Syria, through the many and varied forms of religious life it assumed during the Middle Ages. Hugh Lawrence explores the many sided relationship between monasteries and the secular world around them. For a thousand years, the great monastic houses and religious orders were a prominent feature of the social landscape of the West, and their leaders figured as much in the political as on the spiritual map of the medieval world. In this book many of them, together with their supporters and critics, are presented to us and speak their minds to us. We are shown, for instance, the controversy between the Benedictines and the reformed monasticism of the twelfth century and the problems that confronted women in religious life. A detailed glossary offers readers a helpful vocabulary of the subject.

This book is essential reading for both students and scholars of the medieval world.

Medieval Monasticism: Forms of Religious Life in Western Europe in the Middle Ages (The Medieval World)