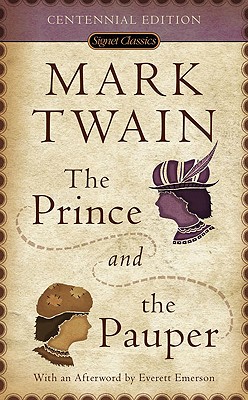 The Prince and the Pauper (Signet Classics)

They are the same age. They look alike. In fact, there is but one difference between them: Tom Canty is a child of the London slums; Edward Tudor is heir to the throne of England. Just how insubstantial this difference really is becomes clear when a chance encounter leads to an exchange of roles...with the pauper caught up in the pomp and folly of the royal court, and the prince wandering, horror-stricken, through the lower depths of sixteenth-century English society. Out of the theme of switched identities, Mark Twain has fashioned both a scathing attack upon social hypocrisy and injustice and an irresistible comedy imbued with the sense of high-spirited play that belongs to his most creative period. With an Afterword by Everett Emerson

Title:: The Prince and the Pauper (Signet Classics)

The Prince and the Pauper (Signet Classics)