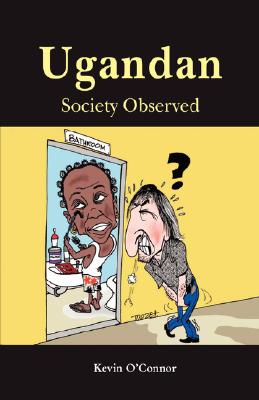 Kevin O'Connor is an acclaimed newspaper columnist in Uganda. His column, "The Roving Eye," first appeared in 1994 in Sunday Vision and continues in Sunday Monitor. His philosophy is that "for the observer of human behaviour, every scene has its interest." Thoughtful, provocative and sometimes humorous, this selection of 111 columns not only informs and entertains, it provides a panoramic snapshot of Uganda and its society. Topics covered are general and sexual orientation, sex and love, bazungu (foreigners) and aid, the environment, religion, language, sport, music, education, media, poverty and inequality, health, tobacco, and a pot pourri of thirteen other columns. Every column is enlivened by cartoons by Moses Balagadde, a noted Ugandan cartoonist. Kevin O'Connor is British and a Ugandan resident, and has worked and lived in Uganda for many years. He previously worked for the British Council, and is now also an accomplished volunteer athletics coach.