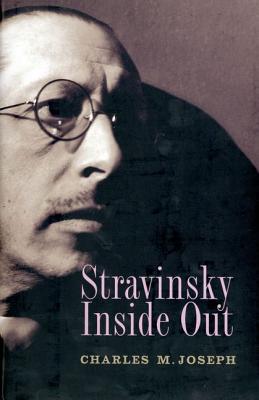 Popularly known during his lifetime as the world's greatest living composer, Igor Stravinsky (1882-1971) not only wrote some of the twentieth century's most influential music, he also assumed the role of cultural icon. This book reveals Stravinsky's two sides - the public persona, preoccupied with his own image and place in history, and the private composer, whose views and beliefs were often purposely suppressed. Charles M. Joseph draws a richer and more human portrait of Stravinsky than anyone has done before, using an array of unpublished materials and unreleased film trims from the composer's huge archive at the Paul Sacher Institute in Switzerland. Focusing on Stravinsky's place in the culture of the twentieth century, Joseph situates the composer among the giants of his age. He discusses Stravinsky's first American commission, his complicated relationship with his son, his professional relationships with celebrities ranging from T. S. Eliot to Orson Welles, his flirtations with Hollywood and television, and his love-hate attitude toward the critics and the media. In a close look at Stravinsky's efforts to mould a public image, Joseph explores the complex dance between the com

Title:: Stravinsky Inside Out