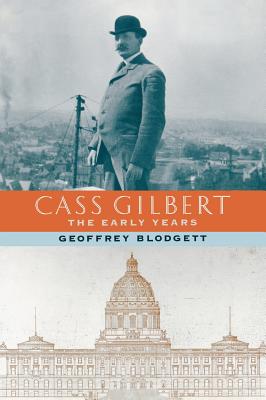 Architect Cass Gilbert (1859-1934) is famous for his soaring vision and classical designs, demonstrated in such landmarks as the U.S. Supreme Court Building in Washington, D.C., and the Woolworth Building in New York City. Gilbert first honed his craft in Minnesota from 1882 to 1895, achieving national recognition when he earned the commission to design the state's capitol building.

In this biography, Geoffrey Blodgett grounds Gilbert's personal and professional life in national and regional history, offering detailed political context for the opening decades of his career. In 1882, after training at the Massachusetts Institute of Technology and apprenticing with the renowned architectural firm McKim, Mead & White, Gilbert was ready to set out on his own. He chose the familiar territory of St. Paul, his hometown, as the starting point for his career. Teaming for several years with close friend James Knox Taylor, Gilbert designed numerous residences, churches, and urban structures in and around the Twin Cities. Suffering through the Panic of 1893, with a wife and four children to support, Gilbert fought hard to win the plum commission of Minnesota's capitol building. His success with this project gave his fame a national dimension, and he soon moved his practice to New York.

In focusing on the architect's Minnesota years, Blodgett encourages readers to measure Gilbert's achievements against his times and offers valuable insight on the famous architect he would soon become.