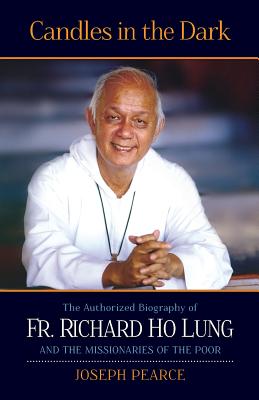 Candles in the Dark: The Authorized Biography of Fr. Richard Ho Lung

Father Richard Ho Lung, M.O.P. - poet, teacher, musician - is the founder of the Missionaries of the Poor, one of the fastest growing religious orders in the world. Known as the "reggae priest," Fr. Ho Lung had a hit single and critically acclaimed musical. He and his band - Father Ho Lung and Friends - toured the world. In his spare time he taught literature at the University of the West Indies. In 1980, he left behind the fame and academic life, and founded the Missionaries of the Poor to serve the poor and downtrodden in his island home through service and song. Now, marked by a joyful sense of sacrifice and love, Fr. Ho Lung and his more than 550 brothers and his army of volunteers minister to thousands in eight countries around the globe. Here, in the first and only authorized biography of Father Ho Lung and his order, Joseph Pearce - the pre-eminent Catholic biographer of our time - gives a full and vibrant account of a man who, along with his brothers, is truly changing the world. Candles in the Dark is not simply the fascinating story of a man and his order, it is a powerful reminder that God still works in our world today.

Title:: Candles in the Dark: The Authorized Biography of Fr. Richard Ho Lung

Candles in the Dark: The Authorized Biography of Fr. Richard Ho Lung