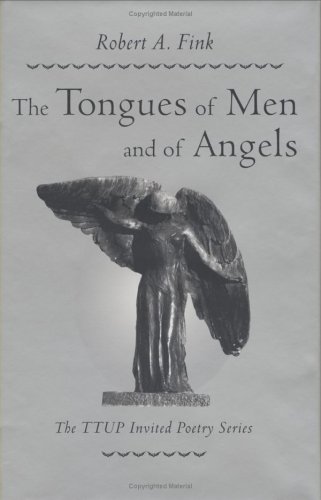 The Tongues of Men and of Angels (Ttup Invited Poetry Series)

This probing book of poetry is structured around one man's quest for healing and salvation. From his high school years in Texas during the early 1960s through his college teaching career 30 years later, the male persona of these poems searches for his lost father, for forgiveness and faith, for love and family.Throughout the collection, seven poems trace events from Saint Paul's quest for healing, proving a complement to the struggles of the contemporary man. The miracle that is life is chronicled here in terse and moving poems.The Vietnam Vet Looks for His Sons at Summer Basketball CampBasketballs drum the floor.A hundred hearts race up and down the court.Intent as salmon leaping up the falls, these middle schoolers drive for backboards, spin lay ups through the hoops.Young men on the evening newsslam chunks of metal down a pipethey aim toward townswhere other boys draw circles in the dirt, spill out their bags of marbles."Vivid and touching . . . from Vietnam to North Hollywood, from Abilene to Damascus Fink] lay s] permanent claim to a wide territory." X. J. Kennedy"

Title:: The Tongues of Men and of Angels (Ttup Invited Poetry Series)

The Tongues of Men and of Angels (Ttup Invited Poetry Series)