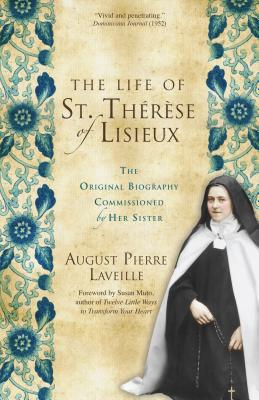 The Life of St. Therese of Lisieux: The Original Biography Commissioned by Her Sister

This remarkable biography of Th r se of Lisieux, one of the most popular Catholic saints of all time, was commissioned by her sister and religious superior and was the first published in English in 1928. Msgr. August Pierre Laveille was able to portray Th r se, as well as her parents Z lie and Louis who were canonized in 2015, with exquisite detail, having interviewed those who knew them best.

When the autobiography of the life of Th r se of Lisieux, Story of a Soul, was first published a year after her death in 1898, the response was immediate and overwhelming, with tens of thousands of copies of her book sold in just a few short months. It was decided that an official biography should be written from the documents that had been gathered on the life of Th r se Martin, whose cause for canonization was taken up without the customary fifty year waiting period.

First published in French in 1925, the first English edition became available in 1928. This exhaustive record of the life of one of the most beloved of all Catholic saints includes biographical information about her parents and grandparents, her early years at home, her years in the cloister, her illness and death, and information about the miracles attributed to her after her death, when she made good the promise on her deathbed that she would "spend her heaven doing good on earth."

Title:: The Life of St. Therese of Lisieux: The Original Biography Commissioned by Her Sister

The Life of St. Therese of Lisieux: The Original Biography Commissioned by Her Sister