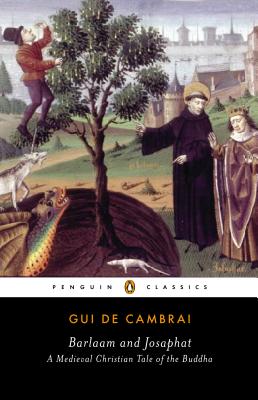 Barlaam and Josaphat: A Christian Tale of the Buddha (Penguin Classics)

A new translation of the most popular Christian tale of the Middle Ages, which springs from the story of the Buddha.

When his astrologers foretell that his son Josaphat will convert to Christianity, the pagan King Avenir confines him to a palace, allowing him to know only the pleasures of the world, and to see no illness, death, or poverty. Despite the king's precautions, the hermit Barlaam comes to Josaphat and begins to teach the prince Christian beliefs through parables. Josaphat converts to Christianity, angering his father, who tries to win his son back to his religion before he, too, converts. After his father's death, Josaphat renounces the world and lives as a hermit in the wilderness with his teacher Barlaam. Long attributed to the eighth-century monk and scholar, St. John of Damascus, Barlaam and Josaphat was translated into numerous languages around the world. Philologists eventually traced the name Josaphat as a derivation from the Sanskrit bodhisattva, the Buddhist term for the future Buddha, highlighting this text as essential source reading for connections between several of the world's most popular religions. The first version to appear in modern English, Peggy McCracken's highly readable translation reintroduces a classic tale and makes it accessible once again. For more than seventy years, Penguin has been the leading publisher of classic literature in the English-speaking world. With more than 1,700 titles, Penguin Classics represents a global bookshelf of the best works throughout history and across genres and disciplines. Readers trust the series to provide authoritative texts enhanced by introductions and notes by distinguished scholars and contemporary authors, as well as up-to-date translations by award-winning translators.

Title:: Barlaam and Josaphat: A Christian Tale of the Buddha (Penguin Classics)

Barlaam and Josaphat: A Christian Tale of the Buddha (Penguin Classics)