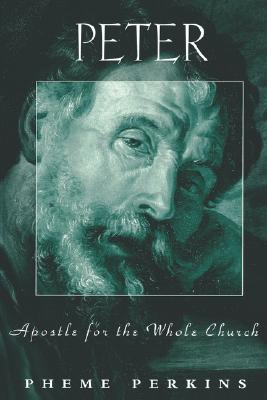 Peter: Apostle for the Whole Church (Personalities of the New Testament)

Perkins describes the search for the historical Peter, and the influence his image has had, in Roman Catholic and Protestant ecumenical discussions. Pointing to portrayals of Peter in the Pauline and Johannine traditions, the synoptic Gospels, and the Book of Acts, Perkins argues that precisely because there is no single Petrine tradition in the New Testament, the apostle might serve as a unifying figure for incongruous forms of Christianity. Perkins argues that Peter should be viewed as a harmonizing figure who captures the Christian imagination not only because he is the most prominent of Jesus' disciples, but also because his weaknesses and strengths present a character accessible to the average Christian.

Title:: Peter: Apostle for the Whole Church (Personalities of the New Testament)

Peter: Apostle for the Whole Church (Personalities of the New Testament)