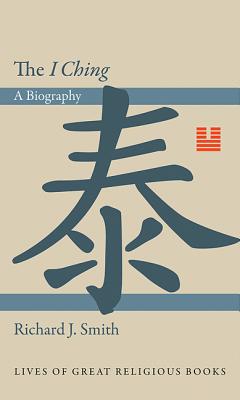 The 'I Ching': A Biography (Lives of Great Religious Books)

The I Ching originated in China as a divination manual more than three thousand years ago. In 136 BCE the emperor declared it a Confucian classic, and in the centuries that followed, this work had a profound influence on the philosophy, religion, art, literature, politics, science, technology, and medicine of various cultures throughout East Asia. Jesuit missionaries brought knowledge of the I Ching to Europe in the seventeenth century, and the American counterculture embraced it in the 1960s. Here Richard Smith tells the extraordinary story of how this cryptic and once obscure book became one of the most widely read and extensively analyzed texts in all of world literature.

In this concise history, Smith traces the evolution of the I Ching in China and throughout the world, explaining its complex structure, its manifold uses in different cultures, and its enduring appeal. He shows how the indigenous beliefs and customs of Japan, Korea, Vietnam, and Tibet "domesticated" the text, and he reflects on whether this Chinese classic can be compared to religious books such as the Bible or the Qur'an. Smith also looks at how the I Ching came to be published in dozens of languages, providing insight and inspiration to millions worldwide--including ardent admirers in the West such as Leibniz, Carl Jung, Philip K. Dick, Allen Ginsberg, Hermann Hesse, Bob Dylan, Jorge Luis Borges, and I. M. Pei. Smith offers an unparalleled biography of the most revered book in China's entire cultural tradition, and he shows us how this enigmatic ancient classic has become a truly global phenomenon.

Title:: The 'I Ching': A Biography (Lives of Great Religious Books)

The 'I Ching': A Biography (Lives of Great Religious Books)