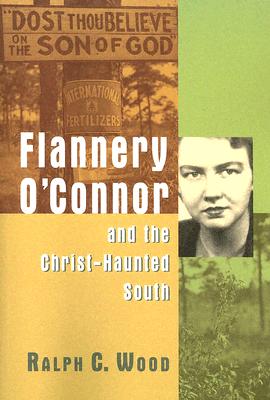 Flannery O'connor And The Christ-Haunted South

Flannery O'Connor was only the second twentieth-century writer (after William Faulkner) to have her work collected for the Library of America, the definitive edition of American authors. Fifty years after her death, O'Connor's fiction still retains its original power and pertinence. For those who know nothing of O'Connor and her work, this study by Ralph C. Wood offers one of the finest introductions available. For those looking to deepen their appreciation of this literary icon, it breaks important new ground.
Unique to Wood's approach is his concern to show how O'Connor's stories, novels, and essays impinge on America's cultural and ecclesial condition. He uses O'Connor's work as a window onto its own regional and religious ethos. Indeed, he argues here that O'Connor's fiction has lasting, even universal, significance precisely because it is rooted in the confessional witness of her Roman Catholicism and in the Christ-haunted character of the American South.
According to Wood, it is this O'Connor -- the believer and the Southerner -- who helps us at once to confront the hardest cultural questions and to propose the profoundest religious answers to them. His book is thus far more than a critical analysis of O'Connor's writing; in fact, it is principally devoted to cultural and theological criticism by way of O'Connor's searing insights into our time and place.
These are some of the engaging moral and religious questions that Wood explores: the role of religious fundamentalism in American culture and in relation to both Protestant liberalism and Roman Catholicism; the practice of racial slavery and its continuing legacy in the literature and religion of the South; the debate over Southern identity, especially whether it is a culture rooted in ancient or modern values; the place of preaching and the sacraments in secular society and dying Christendom; and the lure of nihilism in contemporary American culture.
Splendidly illuminating both O'Connor herself and the American mind, Wood's Flannery O'Connor and the Christ-Haunted South will inform and fascinate a wide range of readers, from lovers of literature to those seriously engaged with religious history, cultural analysis, or the American South.

Flannery O'connor And The Christ-Haunted South