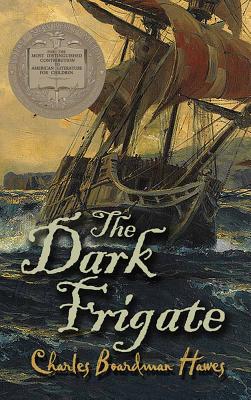 Young readers who love a swashbuckling yarn will be captivated by The Dark Frigate, winner of the 1924 Newbery Medal as the year's most distinguished contribution to American literature for children. Abounding in intrigue, battles, and acts of derring-do, the story takes place in the 17th century and charts a course from England to the Caribbean. The hero, Philip Marsham, lost his mother at an early age and was raised aboard various ships by his sea captain father. Alas, a premature death also claims 19-year-old Philip's father, and now he's truly alone in the world. When an accident forces him to flee from London, Philip looks to the sea for his livelihood.
Upon meeting some sailors bound for the port of Bideford, Philip joins them in signing on with the Rose of Devon, a frigate bound for Newfoundland. Their transatlantic passage is disrupted by an encounter with a floating wreck, and their rescue of the survivors is repaid with foul treachery by these "gentlemen of fortune" -- a band of bloodthirsty pirates who coerce Philip and the rest of the crew into joining in their murderous deeds. Will Philip hang alongside them when the buccaneers are brought to justice?