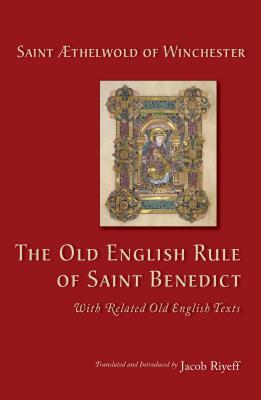 St. AEthelwold (904/9 -984), abbot of Abingdon and bishop of Winchester, made the first translation of the Rule of Saint Benedict into English (or, indeed, into any vernacular language) as part of the tenth-century English Benedictine Reform. This movement dramatically affected the trajectory of religious life in early medieval England and influenced the ways in which secular power was conceived and wielded in the kingdom. AEthelwold's translation into Old English reworks Benedict's Latin text through numerous silent additions, omissions, and instances of explanatory material, revealing an Anglo-Saxon ecclesiastical and political reformer intent on making this foundational Latin text more readily accessible to the new monks and nuns of the Reform and to the laity. Presented with related texts composed in Old English, this volume makes AEthelwold's transformation of Benedict's Rule available in Modern English translation for the first time.