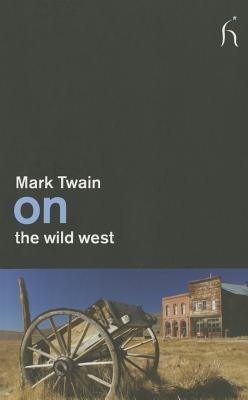 On the Wild West

The latest in Hesperus's On series comes from master travel writer Mark Twain and concentrates on his journey through the Wild WestFrom 1861 to 1867, a young Mark Twain traveled through the Wild West. Following an abortive foray into a career as a Confederate Cavalry man he opted instead to head off on a stagecoach road trip with his brother Orion, who had just been appointed Secretary of Nevada Territory. Twain sets out on an epic voyage from Missouri to Sacramento. He will visit Salt Lake City, witness the beginning of the real estate boom, and try his hand at silver mining in Nevada. Traveling in turn by boat, train, and coach, through mountains and deserts, he comes across Native Americans, visits a Mormon village, and becomes stranded in a snowstorm. Discovering a land in the grasp of a boom and bust mentality, Twain is caught up in the lust for instant wealth which remains always tantalizingly close. Priceless anecdotes detail the amusing mishaps and bad judgement calls that ensure that the author's riches are kept at arm's length. Even at this early stage of his budding career, Twain's trademark humor is visible, as no one is safe from Twain's wit. Train drivers, coachmen, fellow passengers, and locals all become victims of the author's pen as he hones his trade.

Title:: On the Wild West

On the Wild West