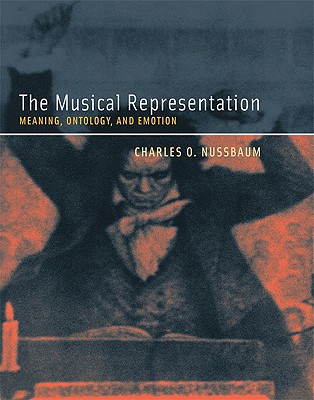 How human musical experience emerges from the audition of organized tones is a riddle of long standing. In The Musical Representation, Charles Nussbaum offers a philosophical naturalist's solution. Nussbaum founds his naturalistic theory of musical representation on the collusion between the physics of sound and the organization of the human mind-brain. He argues that important varieties of experience afforded by Western tonal art music since 1650 arise through the feeling of tone, the sense of movement in musical space, cognition, emotional arousal, and the engagement, by way of specific emotional responses, of deeply rooted human ideals. Construing the art music of the modern West as representational, as a symbolic system that carries extramusical content, Nussbaum attempts to make normative principles of musical representation explicit and bring them into reflective equilibrium with the intuitions of competent listeners. The human mind-brain, writes Nussbaum, is a living record of its evolutionary history; relatively recent cognitive acquisitions derive from older representational functions of which we are hardly aware. Consideration of musical art can help bring to light the more ancient cognitive functions that underlie modern human cognition.