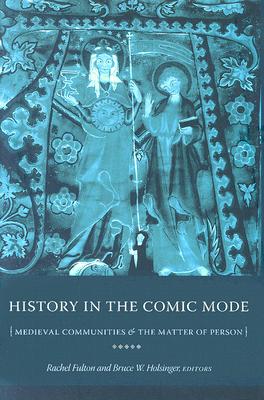 History in the Comic Mode: Medieval Communities and the Matter of Person

In this groundbreaking collection, twenty-one prominent medievalists discuss continuity and change in ideas of personhood and community and argue for the viability of the comic mode in the study and recovery of history. These scholars approach their sources not from a particular ideological viewpoint but with an understanding that all topics, questions, and explanations are viable. They draw on a variety of sources in Latin, Arabic, French, German, Middle English, and more, and employ a range of theories and methodologies, always keeping in mind that environments are inseparable from the making of the people who inhabit them and that these people are in part constituted by and understood in terms of their communities.

Essays feature close readings of both familiar and lesser known materials, offering provocative interpretations of John of Rupescissa's alchemy; the relationship between the living and the saintly dead in Bernard of Clairvaux's sermons; the nomenclature of heresy in the early eleventh century; the apocalyptic visions of Robert of Uz s; Machiavelli's De principatibus; the role of "demotic religiosity" in economic development; and the visions of Elizabeth of Sch nau. Contributors write as historians of religion, art, literature, culture, and society, approaching their subjects through the particular and the singular rather than through the thematic and the theoretical. Playing with the wild possibilities of the historical fragments at their disposal, the scholars in this collection advance a new and exciting approach to writing medieval history.

Title:: History in the Comic Mode: Medieval Communities and the Matter of Person

History in the Comic Mode: Medieval Communities and the Matter of Person