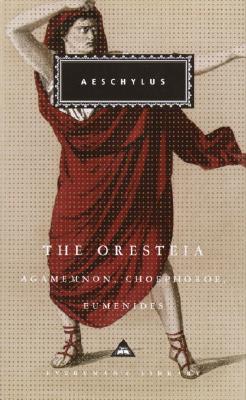 One of the founding documents of Western culture and the only surviving ancient Greek trilogy, the Oresteia of Aeschylus is one of the great tragedies of all time.
The three plays of the Oresteia portray the bloody events that follow the victorious return of King Agamemnon from the Trojan War, at the start of which he had sacrificed his daughter Iphigeneia to secure divine favor. After Iphi-geneia's mother, Clytemnestra, kills her husband in revenge, she in turn is murdered by their son Orestes with his sister Electra's encouragement. Orestes is pursued by the Furies and put on trial, his fate decided by the goddess Athena. Far more than the story of murder and ven-geance in the royal house of Atreus, the Oresteia serves as a dramatic parable of the evolution of justice and civilization that is still powerful after 2,500 years.
The trilogy is presented here in George Thomson's classic translation, renowned for its fidelity to the rhythms and richness of the original Greek.
(Book Jacket Status: Jacketed)