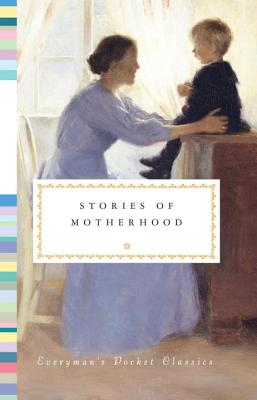 Stories of Motherhood gathers more than a century of literary celebrations of mothers of all ages. These short stories by a wide range of great writers illuminate the many facets of our most elemental human relationship, from birth to death and everything in between. Lydia Davis and Harold Brodkey explore dizzying encounters between young mothers and their newborn babies, while Colm T ib n and Lorrie Moore portray adult children grieving for their lost mothers. Ron Carlson probes the forging of a bond with an adopted infant, Barbara Kingsolver gives us a sparring mother-and-daughter pair whose overlapping pregnancies lead them to common ground, and Aimee Bender offers a loopy fable of maternal connection in which a woman gives birth to her own mother. Willa Cather, Ernest Gaines, and Louise Erdrich dramatize the strength and sacrifices of mothers in very different walks of life, while Anita Desai and Amy Tan chart the gulf of misunderstanding and cultural change that can divide mothers and their offspring in any time or place--and the ways love can sometimes find to cross it. These and such other masters of the short story as Sherwood Anderson, Hortense Calisher, and Alice Munro write memorably about mothers--having, losing, leaving, and loving them--in modes that range from lyrical to satirical, from heartbreaking to hilarious.