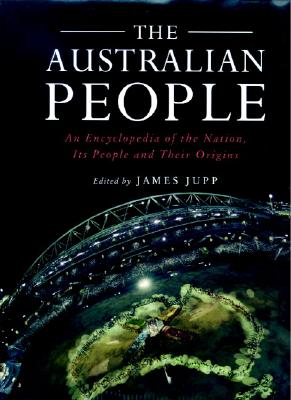 The Australian People: An Encyclopedia of the Nation, its People and their Origins

Documenting the dramatic history of Australian settlement, this monumental work describes the rich ethnic and cultural inheritance of the nation through the contributions of its people. It is one of the largest reference works of its kind, with approximately 250 contributors and almost one million words. Profusely illustrated in color and black-and- white, the book is both a comprehensive encyclopedia and a survey of the controversial debates about citizenship and multiculturalism now that Australia has attained the centenary of its federation. A first edition, which appeared in 1988, quickly became recognized as the standard reference and for many smaller ethnic groups, the only reliable resource. This new edition incorporates data from the 1996 Census, gives greater weight to immigrants from outside Europe, and provides some fascinating essays on "Building a Nation" in the final section. This unique reference will appeal to a general and an academic audience. It will be a lasting resource within Australia as well as internationally.

Title:: The Australian People: An Encyclopedia of the Nation, its People and their Origins

The Australian People: An Encyclopedia of the Nation, its People and their Origins