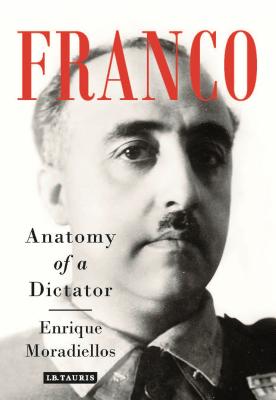 Franco: Anatomy of a Dictator

On 20th November 1975, General Francisco Franco died in Madrid, just before his 83rd birthday. At the time of his death he had been the head of a dictatorial regime with the title of 'Caudillo' for almost 40 years. In this book, Enrique Moradiellos redraws Franco in three dimensions - Franco, the man; Franco, the Caudillo and Franco's Spain. In so doing, he offers a reappraisal of Franco's personality, his leadership style and the nature of the regime that he established and led until his death.
As a dictator who established his power prior to World War II and maintained it well into the 1970s, Franco was one of the most central figures of twentieth-century European history. In Spain today, he is a spectre from a regrettable recent past, uncomfortable yet still very real and significant. Although a realtively minor dictator in comparison with Mussolini, Hitler or Stalin, Franco was more fortunate than them in terms of survival, long-lasting influence and public image. A study of his regime and its historical evolution sheds new light on fundamental questions of European history, including the social and cultural bases for totalitarian or authoritarian challenges to democracy and sources of political legitimacy grounded in the charisma of a leader.
In this book, Enrique Moradiellos Garcia examines the dictatorship as well as the dictator and, in doing so, reveals new aspects to our understanding of General Franco, the Caudillo.

Title:: Franco: Anatomy of a Dictator

Franco: Anatomy of a Dictator