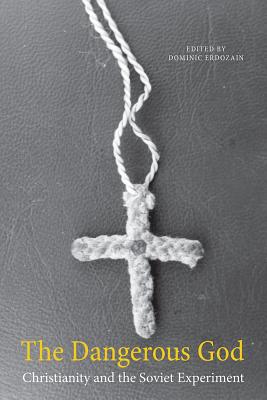 The Dangerous God: Christianity and the Soviet Experiment

At the heart of the Soviet experiment was a belief in the impermanence of the human spirit: souls could be engineered; conscience could be destroyed. The project was, in many ways, chillingly successful. But the ultimate failure of a totalitarian regime to fulfill its ambitions for social and spiritual mastery had roots deeper than the deficiencies of the Soviet leadership or the chaos of a "command" economy. Beneath the rhetoric of scientific communism was a culture of intellectual and cultural dissidence, which may be regarded as the "prehistory of perestroika." This volume explores the contribution of Christian thought and belief to this culture of dissent and survival, showing how religious and secular streams of resistance joined in an unexpected and powerful partnership.

The essays in The Dangerous God seek to shed light on the dynamic and subversive capacities of religious faith in a context of brutal oppression, while acknowledging the often-collusive relationship between clerical elites and the Soviet authorities. Against the Marxist notion of the "ideological" function of religion, the authors set the example of people for whom faith was more than an opiate; against an enduring mythology of secularization, they propose the centrality of religious faith in the intellectual, political, and cultural life of the late modern era. This volume will appeal to specialists on religion in Soviet history as well as those interested in the history of religion under totalitarian regimes.

Title:: The Dangerous God: Christianity and the Soviet Experiment

The Dangerous God: Christianity and the Soviet Experiment