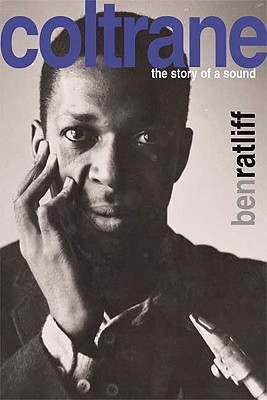 Coltrane: The Story of a Sound

A major work about the great saxophonist--and about the state of jazz.
What was the essence of John Coltrane's achievement that makes him so prized forty years after his death? What was it about his improvising, his bands, his compositions, his place within his era of jazz that left so many musicians and listeners so powerfully drawn to him? What would a John Coltrane look like now--or are we looking for the wrong signs?The acclaimed jazz writer Ben Ratliff addresses these questions in "Coltrane." First Ratliff tells the story of Coltrane's development, from his first recordings as a no-name navy bandsman to his last recordings as a near-saint, paying special attention to the last ten years of his life, which contained a remarkable series of breakthroughs in a nearly religious search for deeper expression. In the book's second half, Ratliff traces another history: that of Coltrane's influence and legacy. This story begins in the mid-'50s and considers the reactions of musicians, critics, and others who paid attention, asking: Why does Coltrane signify so heavily in the basic identity of jazz?Placing jazz among other art forms and American social history, and placing Coltrane not just among jazz musicians but among the greatest American artists, Ratliff tries to look for the sources of power in Coltrane's music--not just in matters of technique, composition, and musical concepts, but in the deeper frequencies of Coltrane's sound.

Title:: Coltrane: The Story of a Sound

Coltrane: The Story of a Sound