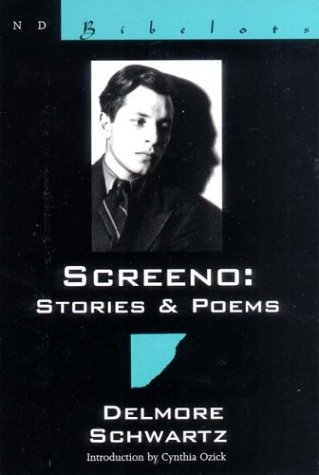 Delmore Schwartz (1913-1966) was one of the finest writers of his generation. Winner of the prestigious Bollingen prize and the Poetry Society of America's Shelley Memorial Award, he was hailed by John Ashbery as one of the major twentieth-century poets. Schwartz's stories were also widely read and loved, admired by James Atlas for their unique style that enabled Schwartz to depict his characters with a sort of childlike verisimilitude. Graced with an introduction by Cynthia Ozick, this New Directions Bibelot, Screeno: Stories and Poems, gathers many of Schwartz's most popular stories and poems, including: Screeno, In Dreams Begin Responsibilities, America, America and The Heavy Bear who Goes with Me. Also included is a newly discovered story, The Heights of Joy, which appeared in the magazine Boulevard in 2002. Delmore Schwartz's life is legendary; yet it is his work that endures: What complicates and enriches Schwartz's comedy, says Irving Howe, is, I think, a reaching out toward nobility, a shy aspiring spirituality, a moment or two of achieved purity of feeling.