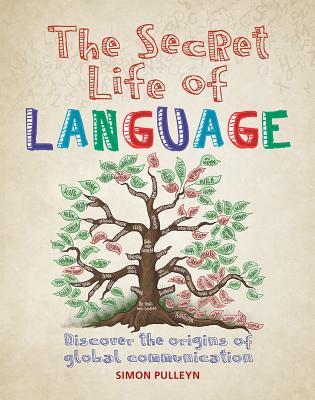 The Secret Life of Language: Discover the Origins of Global Communication

About The Secret Life of Equations:
"Photographs, illustrations, and other visuals help maintain reader interest. There are also a number of cross-references that allow readers to move quickly between related ideas. This highly recommended book closes with a short, but complete, index."
-- American Reference Books Annual

Like its companion titles, The Secret Life of Language uses quirky illustrations, helpful diagrams and clear text to unlock the fascinating workings behind the development of the world's languages. Readers will gain insight into the extraordinary underlying stories and facts about the language (or languages) they speak, as well as those that they perhaps would like to learn.

Six chapters cover all of the world's language groups from their historic origins to today as well as the physical mechanics of speech.

Language is essential to us all -- spoken, heard, written, read -- no matter which we use. Today, cultures move and meld across the globe in waves of migration taking their languages with them. The Secret Life of Language is sure to pique the interest of all general readers, language learners and those curious about the future of language.

The Secret Life of... series unlocks the fascinating workings behind subjects such as mathematics, biology, linguistics, chemistry and genetics, to give readers a practical introduction and insights into the underlying stories and facts. Fully illustrated and packed with quirky illustrations and helpful diagrams, these books are sure to pique the curiosity of anyone who's ever thought, "I wonder how that works..."

Title:: The Secret Life of Language: Discover the Origins of Global Communication

The Secret Life of Language: Discover the Origins of Global Communication