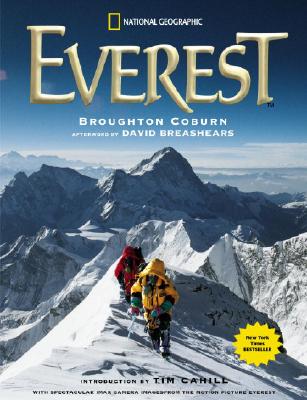 The New York Times bestselling true story of how an intrepid film crew became a heroic rescue team during the disastrous 1996 climbing season.

It was a death-defying assignment: Gather a rugged crew of climbers and photographers to hoist equipment--including an IMAX camera--to the top of the world and record the summiting of Mount Everest as never before. But then a freak storm swept the mountain, claiming eight lives, including two world-class guides, and the venture turned into a life-or-death rescue mission. The group did what they could to save lives--and came back with a story like no other. The terror and triumph of May 1996 will go down in infamy. Made famous by Jon Krakauer's bestseller Into Thin Air and recounted in David Breashears's IMAX film, the narrative is relayed here in a gripping volume from National Geographic. Written in suspenseful detail, the book documents how a courageous photographic team, facing hazards of their own, became an essential part of an effort that brought some--but not all--of their companions down from the mountain alive.