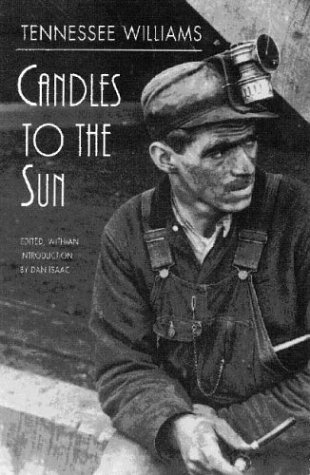 Candles to the Sun

The first full-length play by novice playwright Thomas Lanier Williams to be produced, Candles to the Sun was premiered by The Mummers, a semi-professional and socially aware theatre troupe in St. Louis on March 18, 1937, and received rave reviews in the local press. Set in the Red Hills coal mining section of Alabama and dealing with both the attempts of the miners to unionize and the bleak lives of their families, the play, according to St. Louis Star-Times critic Reed Hynds, is "an earnest and searching examination of a particular social reality set out in human and dramatic terms." Working principally from a script supplied by Jane Garrett Carter (who played Star in the original production), Dan Isaac, as he did in his edition of another "early" Williams' play, Spring Storm, uses his directorial and scholarly skills to prepare a version as close as possible to the 1937 production while providing contemporary readers (or actors) with the necessary social, political and theatrical context to make the play accessible and relevant once more.

Title:: Candles to the Sun

Candles to the Sun