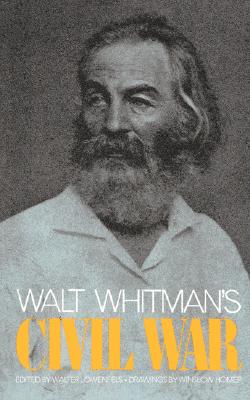 In 1863 Walt Whitman first proposed to the publisher John Redpath a book about his Civil War experiences. It was never published. But in a draft prospectus Whitman described "a new book . . . with its framework jotted down on the battlefield, in the shelter tent, by the wayside amid the rubble of passing artillery trains or the moving cavalry in the streets of Washington . . . a book full of the blood and vitality of the American people." Walter Lowenfels has edited the book Whitman could only envision. From a mosaic of materials--newspaper dispatches, letters, notebooks, published and unpublished works--as well as thirty-six of Whitman's great war poems, Lowenfels has created a thrilling and unique document. Sixteen pages of drawings by Winslow Homer, another distinguished eyewitness, are reproduced here from the artist's field sketches. The result is a book that produces in the reader exactly what Whitman had hoped, one that captures "part of the actual distraction, heat, smoke, and excitement of those times."