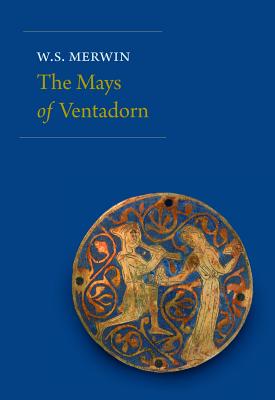 "Merwin's verse often gives the impression of language scavenged from the elements, its power reckoned only as its meanings assemble, phrase by phrase, against the white of the page. Simple astonishment, one of the rarest of all literary experiences, is the most potent outcome." --The New Yorker

"Merwin's skill is matched by his wisdom and his ability to connect a particular moment with something larger." --The Washington Post

Two-time Pulitzer Prize-winning poet W. S. Merwin turns his mastery of language and powerful attention to the origins of twelfth-century Proven al troubadours. Merwin deftly blends personal anecdotes--his pilgrimage at the age of eighteen to visit Ezra Pound at St. Elizabeth's hospital, his purchase of an abandoned farmhouse in Quercy--with his exploration of Southern France's rich history and linguistic heritage.

We sat in a tower of the old library building, a long room among the rafters, a kind of loft that had never been finished like the rooms on the floors below, so that our graceless attempts at giving voice to a few sounds and phrases of medieval French took place inside masonry that had been designed to resemble a fortified belfry or a keep with battlements.

A preeminent voice in American literature with a prolific career spanning over half a century, W. S. Merwin has received nearly every accolade available to an American poet including Pulitzer Prizes for his books Carrier of Ladders (1971) and The Shadow of Sirius (2009). He currently lives in Haiku, Hawaii.

Title:: The Mays of Ventadorn