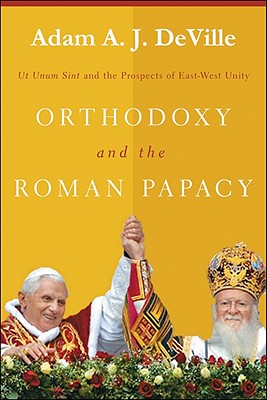 Among the issues that continue to divide the Catholic Church from the Orthodox Church-the two largest Christian bodies in the world, together comprising well over a billion faithful-the question of the papacy is widely acknowledged to be the most significant stumbling block to their unification. For nearly forty years, commentators, theologians, and hierarchs, from popes and patriarchs to ordinary believers of both churches, have acknowledged the problems posed by the papacy. In Orthodoxy and the Roman Papacy: Ut Unum Sint and the Prospects of East-West Unity, Adam A. J. DeVille offers the first comprehensive examination of the papacy from an Orthodox perspective that also seeks to find a way beyond this impasse, toward full Orthodox-Catholic unity. He first surveys the major postwar Orthodox and Catholic theological perspectives on the Roman papacy and on patriarchates, enumerating Orthodox problems with the papacy and reviewing how Orthodox patriarchates function and are structured. In response to Pope John Paul II's 1995 request for a dialogue on Christian unity, set forth in the encyclical letter Ut Unum Sint, DeVille proposes a new model for the exercise of papal primacy. DeVille suggests the establishment of a permanent ecumenical synod consisting of all the patriarchal heads of Churches under a papal presidency, and discusses how the pope qua pope would function in a reunited Church of both East and West, in full communion. His analysis, involving the most detailed plan for Orthodox-Catholic unity yet offered by an Orthodox theologian, could not be more timely.