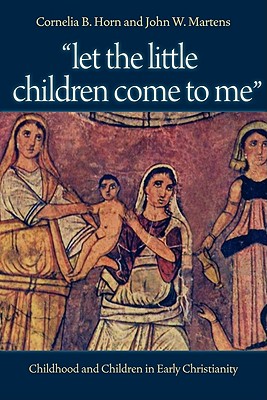 Let the Little Children Come to Me: Childhood and Children in Early Christianity

If childhood is a modern idea, as many contend, then where and when does that idea first take root? To varying degrees, these recent histories credit the notion that children are fully human (and thus deserve our solicitude) to Christianity. Children's status in the ancient world was generally low: abortion, infanticide, and sexual abuse were common, education reserved for the elite, and parental responsibilities ill-defined. Christians diverged from this inherited culture by affirming children as complete beings with inherent value. Norwegian historian O. M. Bakke's When Children Became People contrasts the treatment of children in the Greco-Roman world with patristic teachings about the nature of childhood and Church opposition to abortion and incest. He blends social history with a careful reading of Augustine, Cyprian, and Chrysostom to explore topics such as education and moral formation, children's participation in worship, and how prevailing ascetic and monastic ideals affected the nurture of children. 'Let the Little Children Come to Me' draws on extensive New Testament citations, patristic commentaries, and even the Infancy Gospel of Thomas to address similar themes. To reconstruct the 'hidden lives' of children, the authors document the mundane (work, play, pets, toys) as well as tragedies such as losing parents to martyrdom. The Child in Christian Thought carries the discussion into modern times with essays on how children are viewed by a single theologian (Chrysostom, Aquinas, Luther, Calvin, Barth, etc.) or movement (German pietism, feminism). Views on childhood innocence vs. sinfulness (a theme in all three books) are reviewed along with baptism, education, and other child-oriented practices.

Title:: Let the Little Children Come to Me: Childhood and Children in Early Christianity

Let the Little Children Come to Me: Childhood and Children in Early Christianity