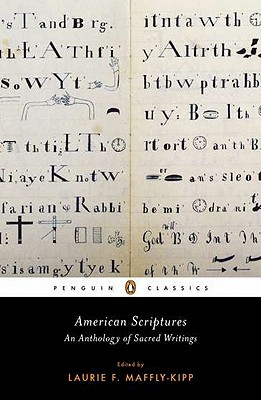 A groundbreaking collection of sacred Christian writings of American origin from Mormons, Shakers, Christian Scientists, and others.

"Scripture" is any work in which the authors, translators, editors, or discoverers all claim to have received wisdom from a source outside themselves, be it revelation, enlightened philosophy, or ancient archive. For the first time in a single volume, American Scriptures gathers fifteen of these texts from religious movements with origins in the United States. Laurie F. Maffly-Kipp's concise single volume will enlighten not only readers interested in the historical and religious aspects of the scriptural texts, but also those whose interest has been piqued by such bestsellers as Angels and Demons and The Da Vinci Code. For more than seventy years, Penguin has been the leading publisher of classic literature in the English-speaking world. With more than 1,700 titles, Penguin Classics represents a global bookshelf of the best works throughout history and across genres and disciplines. Readers trust the series to provide authoritative texts enhanced by introductions and notes by distinguished scholars and contemporary authors, as well as up-to-date translations by award-winning translators.