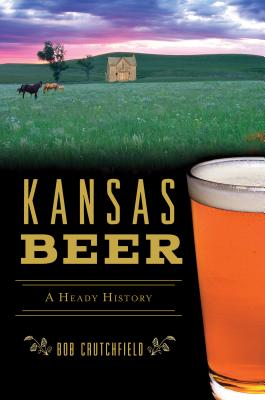 Prohibition came early to Kansas in 1881, driving more than 125 breweries out of business or underground. Refusing to even vote on the 1933 national repeal, the state remained dry until 1948, with liquor by the drink finally being approved in 1987. Lawrence's Chuck Magerl worked with the legislature to pen new laws allowing something (little known at the time) called a "microbrewery." Chuck started the state's first brewery in over a century, appropriately named Free State Brewing Company. John Dean of Topeka's Blind Tiger Brewery counts more awards than any other brewer in the state, including Champion Brewer at the World Beer Cup in 2014. Props & Hops Brewing, in tiny Sylvan Grove, is owned and operated by an enterprising pilot who also owns and operates a crop-dusting business on the weekdays. Author Bob Crutchfield explores the state's breweries and recounts the Sunflower State's hoppy history.