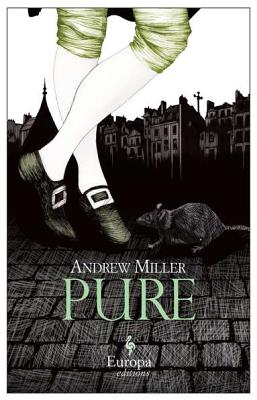 Andrew Miller's new novel is vividly realized fiction played out against the rich caophony of Paris on the cusp of the French Rveolution. Jean-Baptiste Baratte-an ambitious young engineer of modest origin-arives in the capital in 1785, charged by the King's minister with emptying the overflowing cemetery of Les Innocents, an ancient site whose stench is poisoning the neighborhood's air and water. At first Baratte sees his work as a chance to clear the burden of history, a fitting task for a modern man of reason. But before long he begins to suspect that the destruction of the cemetery might be a prelude to his own fate and to the demise of the social order. Baratte cannot forsee the dramas and calamities his task will trigger, or the incident that will transform his life. As unrest against the court of Louis XVI mounts, the engineer realizes that the future he had planned may no longer be the one he wants. His assignment becomes a year of relentless effort, a year of assault and sudden death. A year of friendship, too, and of desire and love. A year unlike any other he has lived.