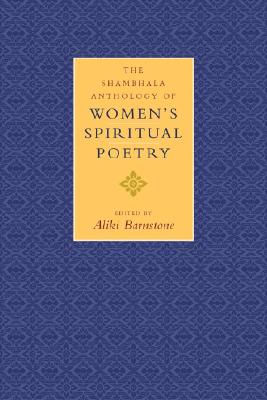 Originally, and befittingly, titled Voices of Light: Spiritual and Visionary Poems by Women Around the World from Ancient Sumeria to Now, this collection of poetry expands the predictable range of women writers chronologically and internationally. Israeli, South African, Indian, Chinese, Russian, Greek, Arabian, Egyptian, Japanese, German, American, Italian, English, Spanish, Romanian, Polish, and French writers span a four thousand year expanse; and though these women were often deprived of public position and recognition, they continued to practice the personal art of writing, driven by an impulse for the divine. The poems in this book explore spiritual union-with nature and the godhead, in relationships and in death-and their tone ranges from the humorous to the erotic. Self-abdication for the sake of re-creation is a persistent theme. In Barnstone's words, 'Poets as diverse in religious tradition and era as the Calvinist Emily Dickinson and the Hindu Muktabai carry the death of the self into the creation of words and art: the self must be annihilated, the 'senses end,' and ordinary consciousness transformed into ecstatic consciousness.' Many of these poems read like prayers-adorations, confessions, thanksgivings and supplications- giving proof to the divine in all places and all things: 'Someone has cut the grass. Someone has cut your tall / New grass, the sweetness / smears a wild raw dress into the air, and she / is rising, turning now, / in sun, in wind, and she / is free . . . . Walking home.' (Jorie Graham). 1320 pp.

The Shambhala Anthology of Women's Spiritual Poetry celebrates the unique spiritual life of women through a rich selection of poetry written over the past four thousand years, from thirty-six different languages and cultures. It ranges from verse by the first recorded poet, a Sumerian priestess named Enheduanna (circa 2,300 BCE), to Anne Sexton; from early Buddhist nuns to Emily Dickinson; from Hildegard of Bingen to Tess Gallagher. Many of the translations are from distinguished authors and poets, such as Coleman Barks, Samuel Beckett, Stanley Kunitz, W. S. Merwin, Kenneth Rexroth, Arthur Waley, and Richard Wilbur.

In this book (originally published as Voices of Light), the spiritual impulse is expressed broadly as a visionary quest toward self-realization, as well as the desire for union with God, with the source of divine light, with a mystic lover, or with the source of nature. Many of the poets here also remind us that the spiritual is within everyone and unites us through empathy with the suffering and joy of others--a poetry of witness. Contributors include: Anne Bradstreet, Sappho, Sylvia Plath, Hildegard of Bingen, Yosano Akiko, Elizabeth Barrett Browning, Tess Gallagher, Anne Sexton, Beatrice of Nazareth, Carolyn Forch , Mary: Mother of Jesus, Denise Levertov, Emily Dickinson, H.D., Linda Hogan, Charlotte Bront , Louise Erdrich, Lucille Clifton, Anna Akhmatova, Marianne Moore, Mechthild of Magdeburg, Praxilla, Sor Juana In s de la Cruz, and many others.