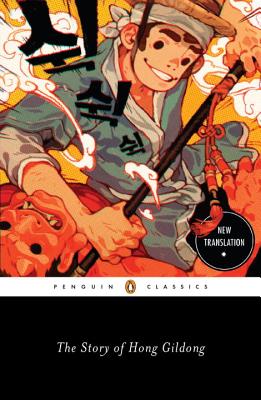 A new, definitive translation of the quintessential Korean classic: the Robin Hood story of a magical boy who joins a group of robber bandits and becomes a king

The Story of Hong Gildong is arguably the single most important work of classic Korean fiction. A fantastic story of adventure, it has been adapted into countless movies, television shows, novels, and comics in Korea. Until now, the earliest and fullest text of this incredible fable has been inaccessible to English readers. Hong Gildong, the brilliant but illegitimate son of a noble government minister, cannot advance in society due to his second-class status, so he leaves home and becomes the leader of a band of outlaws. On the way to building his own empire and gaining acceptance from his family, Hong Gildong vanquishes assassins, battles monsters, and conquers kingdoms. Minsoo Kang's expressive and lively new translation finally makes the authoritative text of this premodern tale available in English, reintroducing a noble and righteous outlaw and sharing a beloved hallmark of Korean culture. "Hong Gildong is an iconic figure in the Korean literary canon...He's the mythic center of a sometimes-delightful, sometimes-unsettling tale, and it's time the Western world gets to know him." --NPR " A] marvel-filled swashbuckler...Besides being half fairy tale, half social protest novel, The Story of Hong Gildong possesses a profound resonance for modern Koreans." --Michael Dirda, The Washington Post For more than seventy years, Penguin has been the leading publisher of classic literature in the English-speaking world. With more than 1,700 titles, Penguin Classics represents a global bookshelf of the best works throughout history and across genres and disciplines. Readers trust the series to provide authoritative texts enhanced by introductions and notes by distinguished scholars and contemporary authors, as well as up-to-date translations by award-winning translators.