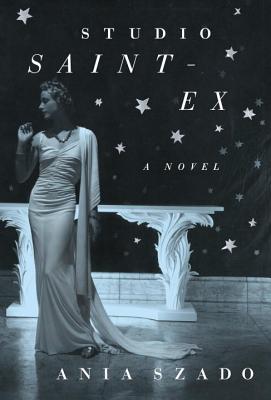 A sleek, stylish novel set in the sophisticated, dazzling New York of the 1940s, between the shock of Pearl Harbor and the first landing of American troops in Europe--a deft, romantic novel about a wartime triangle involving a twenty-two-year-old fashion designer poised to launch her promising career . . . the acclaimed French expatriate writer/war pilot, Antoine de Saint-Exupery, who's fled his Nazi-occupied country and come to Manhattan for a month, only to stay for two years . . . and his beautiful, estranged Salvadoran wife, the tempestuous, vain Consuelo, determined to win back her husband at all costs--and seductions.
With Paris under occupation by Hitler's troops, New York's Mayor La Guardia has vowed to turn his city into the new fashion capital of the world. A handful of American designers are set to become the industry's first names, and Mignonne Lachapelle is determined to be among them. Her ambition and ethics are clear and uncomplicated, until she falls for the celebrated and tormented adventurer Captain Antoine de Saint-Exupery, who, six months after the surrender of France, has fled Europe's ashen skies after flying near-suicidal reconnaissance missions for the French Air Force. In New York, he writes a new book on the fall of France, "Flight to Arras "(it becomes a number-one best seller) and collects (a year late) his 1939 National Book Award for his "Wind, Sand and Stars, " a poetic account of his flying escapades over North Africa and South America (by the time of his arrival in New York, in early 1941, the book has sold 250,000 copies). To distract himself from his malaise about France and at being in exile, and at his publisher's offhand suggestion, he begins work on a children's story about a "petit bonhomme" in the Sahara Desert . . .
Nothing about Mig's relationship with Saint-Ex is simple, not his turmoil and unhappiness about being in New York and grounded from wartime skies, nor Mig's tempestuous sexual encounter with Antoine and the blurring boundaries of their artistic pursuits, -or Saint-Exupery's wife who insidiously entangles Mig in her schemes to reclaim her husband. The greatest complication of Mig's bond with Saint-Exupery comes in the form of a deceptively simple manuscript: Antoine's work in progress about a little boy, a prince, who's fallen to earth on a journey across the planets . . .
An irresistible novel that brings to life the complex, now almost mythic Saint-Exupery and the glittering life of wartime New York.