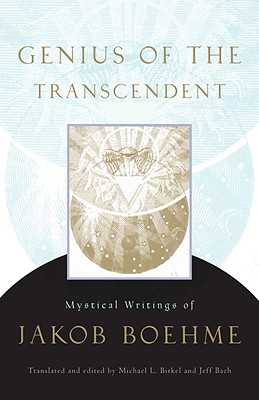 Genius of the Transcendent: Mystical Writings of Jakob Boehme

Here, for the spiritual adventurers of our own age, is an accessible introduction to one of the most important of the Christian mystical writers. Jakob Boehme (1575-1624) was a humble shoemaker of G rlitz in eastern Germany who, in response to the visionary experiences that began for him as a teenager, wrote a series of theosophical treatises that explore the nature of God and humanity. His ability to give words to the ineffable has never been surpassed, and his influence can be felt in the generations of mystics who followed him, as well as in Pietists, German Romantics, Quakers, and American utopianists, among many others. Five of Boehme's most essential works are presented here in fresh translations that demonstrate why Underhill called him "one of the most astonishing cases in history of a natural genius for the transcendent."

Title:: Genius of the Transcendent: Mystical Writings of Jakob Boehme

Genius of the Transcendent: Mystical Writings of Jakob Boehme