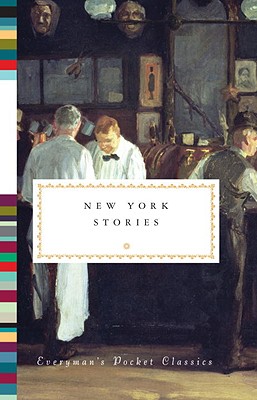 An irresistible anthology of classic tales of New York in the tradition of Christmas Stories, Love Stories, and Stories of the Sea.

Writers have always been enthralled and inspired by New York City, and their vibrant and varied stories provide a kaleidoscopic vision of the city's high life, low life, nightlife, and everything in between. From the wisecracking Broadway guys and dolls of Damon Runyon to the glittering ballrooms of Edith Wharton, from the jazz- soaked nightspots of Jack Kerouac and James Baldwin to the starry- eyed tourists in John Cheever and Shirley Jackson to the ambitious immigrants conjured by Edwidge Danticat and Junot Diaz-- this is New York in all its grittiness and glamour. Here is the hectic, dazzling chaos of Times Square and the elegant calm of galleries in the Met; we meet Yiddish matchmakers in the Bronx, Haitian nannies in Central Park, starving artists, and hedonistic yuppies--a host of vivid characters nursing their dreams in the tiny apartments, the lonely caf s, and the bustling streets of the city that never sleeps.