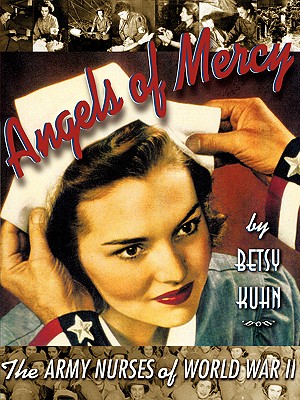 Angels of Mercy: The Army Nurses of World War II

""You Are Needed Now,"" the posters proclaimed. "Join the Army Nurse Corps." And so they did: Over 59,000 American women signed up to serve their country in the war effort. Some joined expecting to experience the romance and adventure of war in faraway places while working to save lives. Many more quickly learned war's harsh realities -- and that their own lives could also be in danger.
The Army nurses of World War II served in the United States and abroad, in dense jungles, war-torn villages, and on barren ice fields. Many encountered hardships: bombings, crude living conditions, inadequate food. They also experienced the frustration of receiving lesser pay and privileges than their male counterparts as they worked, sometimes around the clock, to treat the wounded while confronting air raids, the threat of invasion, and capture by the enemy.
Nonetheless, in additon to their devotion to saving lives, some of the most important things the nurses brought to their units were courage and cheer. From holiday parties in makeshift hospitals to fudge making and softball games amid the grueling conditions of war, these angels of mercy brought light -- and life -- to the American forces of World War II.

Angels of Mercy: The Army Nurses of World War II