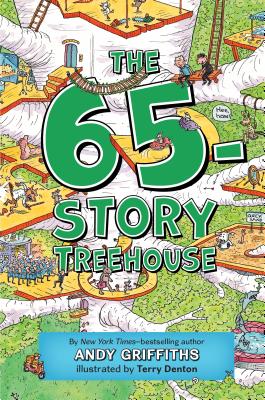 Before they can go up, they have to go back--travel through time with Andy and Terry as they attempt to save the treehouse

Andy and Terry live in a 65-Story Treehouse. (It used to be 52 stories, but they keep expanding.) It has a pet-grooming salon, a birthday room where it's always your birthday (even when it's not), a room full of exploding eyeballs, a lollipop shop, a quicksand pit, an ant farm, and a time machine...which is going to be really, really useful now, since Terry messed up (again) and the treehouse just FAILED it's safety inspection.