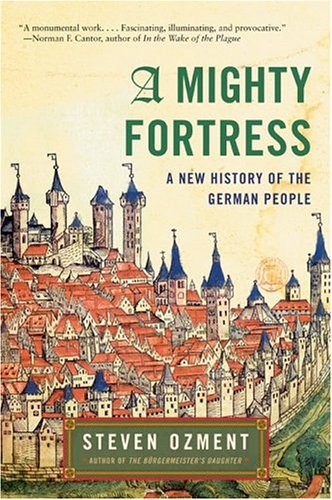 A Mighty Fortress : A New History Of The German People

The word "German" was being used by the Romans as early as the mid-first century B.C. to describe tribes in the eastern Rhine valley. Nearly two thousand years later, the richness and complexity of German history have faded beneath the long shadow of the country's darkest hour in World War II. Now, award-winning historian Steven Ozment, whom The New Yorker has hailed as "a splendidly readable scholar," gives us the fullest portrait possible in this sweeping, original, and provocative history of the German people, from antiquity to the present, holding a mirror up to an entire civilization -- one that has been alternately Western Europe's most successful and most perilous.

Title:: A Mighty Fortress : A New History Of The German People

A Mighty Fortress : A New History Of The German People